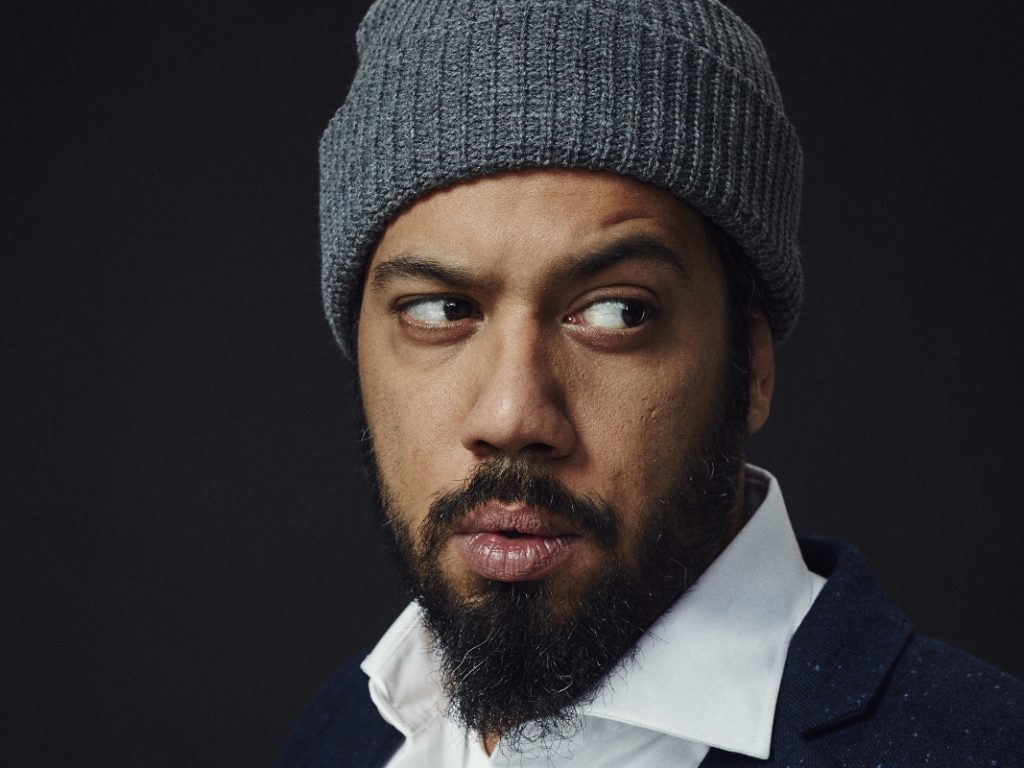 Samy Deluxe (real name Samy Sorge) was born in Hamburg on December 19th, 1977. His Sudanese father left him and his German mother when Samy was two years old. His early rap lyrics explored life without a father, cultural identity, as a dark-skinned boy from a modest household in the affluent Hamburg district of Eppendorf. In the mid-Nineties, he joined DJ Dynamite and Tropf to create the group Dynamite Deluxe. He has received all relevant music accolades, from Echo and Comet to the MTV Music Award. With more than one million albums sold, he is one of Germany’s most commercially successful rappers.

He founded the award-winning label “Deluxe Records,” published his first book along with his album “Dis wo ich herkomm,” is a father, and is increasingly engaged in social issues. After three years as an Ambassador for World AIDS Day came his work in the youth project Crossover and then his own association, “DeluxeKidz e.V.,” which uses the elements of hip hop to provide children and teenagers with access to visual, verbal, and musical culture.

His goal of recognition for rap and hip hop as an art form led to the founding of KunstWerkStadt, which became a creative epicenter for artists of various genres and professions. Rap and hip hop are the instruments Samy Deluxe uses to orchestrate his subjects. Always consistent, ever reflective, often provocative, frequently humorous, Samy Deluxe ensures he is heard and understood.

You’ve been in the music business for many years now. What can music give us? Can music save us?

Music can save us, yeah (laughs). Music is the soundtrack to our lives. When you’re sad, you can wallow in grief or you can find hope, or you can listen to high-tempo techno to get your heart pumping while you jog. My belief is that music can be everything. The nice thing is how everyone draws something different from music because it is so incredibly diverse.

At the moment, it sometimes feels like the differences among people - be it gender, skin color, or culture - are dividing us more and more. What would your idea be for how we could come together again in recognition of the diversity in an open society?

In my eyes, the media plays an important role here: Instead of pitting against each other, the media should be transferential and informative. Schools should be teaching a subject – similar to what used to be “ethics” class – that focuses on how to live in a diverse society. These issues are so very important today, and are being addressed far too little in schools! We need to find what it is that connects us, without hiding the fact that there are also differences. That includes talking about how people want to be addressed and called, and above all else what they don’t want to be called.

Being a musician, are the music projects at The Power of the Arts particularly close to your heart?

No, I let my decisions regarding a project be guided by my gut instinct. At the moment, it’s difficult to imagine that stage performances, concerts, and all the like will ever take place again as they did before. That’s why it is important to me that the prize money can be used to really make a difference, which is what I’m trying to assess when I’m looking at the submissions. Although, really, I listen to my gut more than I do to my head.

The rapper talks to us about his own path, his social involvement and his view of a society that is ready for the challenegs of the future.

What motivated you to join the jury?

For the past 15 years, I have been very active in promoting youth and talent both in my own club and several different institutions. I have my own little studio and my own record label where I give a lot of people the room they need to develop and to grow. When the inquiry came from The Power of the Arts, that was just a natural fit. The money awarded is enough to really allow for these projects to move forward.

The Power of the Arts aims at the Creation of a new sense of collectivity – how do you envision this new “us“?

As a result of the global interconnection – and this is especially true for artists – the radius in which we move around has grown tremendously. In the past, as a musician you had to fight your way to become known and perform onstage, somehow and somewhere. These days, you can just upload a video on YouTube and become world-famous. Thanks to Instagram, everyone suddenly has their own gallery. These are crazy times that we are living in. Everyone can access information everywhere and for free. This is a good foundation for learning from past generations´ mistakes and for the present generation to grow.

Why is it important for us as a society to fight for a new sense of community at this time?

The when is not important: It is always important to become involved. Of course, every company and every individual can argue that it has nothing to do with what they do. But there is also the option of using one´s resources or one´s power to make a difference and to support things that one deems positive without any self-interest.

The results of the last election certainly created the feeling that right-wing politics is gaining the upper hand at the moment. But if you grew up with dark skin and a realistic view of the world like me, it actually does not feel like racism has become worse or better.

I am in favor of a sense of belonging together but at the same time I don´t like slogans that just sound nice. Because after all, these are just words. Everyone has a different background. I think it is important to give these words actual content and make sure something will acutally happen, otherwise they are just empty phrases. In my lyrics, I try to paint a bigger picture and put in more emotion – to tell the stories behid the statements.

Why are the arts so important for the creation of opportunities to participate in society?

The arts are the embassadors of the world. Culture is what defines the different parts of this world and spills over to other places. Nowadays, it is normal for white German youth to have black role-models. When I was young, this was different. In addition, there is more and more diversity. This year, the first really big Hollywood blockbuster came out that had a black super-hero: Black Panther. These are all steps that help minorities to make progress and create a new normal. Bit by bit, a host of diverse groups in different wakes of society are raising their voices. Without a voice, a person cannot do anything. The arts are the vanguard of the direction the world is headed in.

You already mentioned that you are active in various areas. What is of particular importance to you?

Using hip-hop as a tool, I want to put young people in touch with the values that made me who I am. With the help of creativity and passion, it is possible to experience success. Moreover, a sense of community is extremely important to me: Ever since I came in touch with hip-hop as a youth, my horizon has expanded tremendously. Before, I only knew my friends from school but all of a sudden, I knew people from every part of the city. Then I started to travel to hip-hop jams and a network began to develop. I would like to give more young people the opportunity to find this strength within themselves.