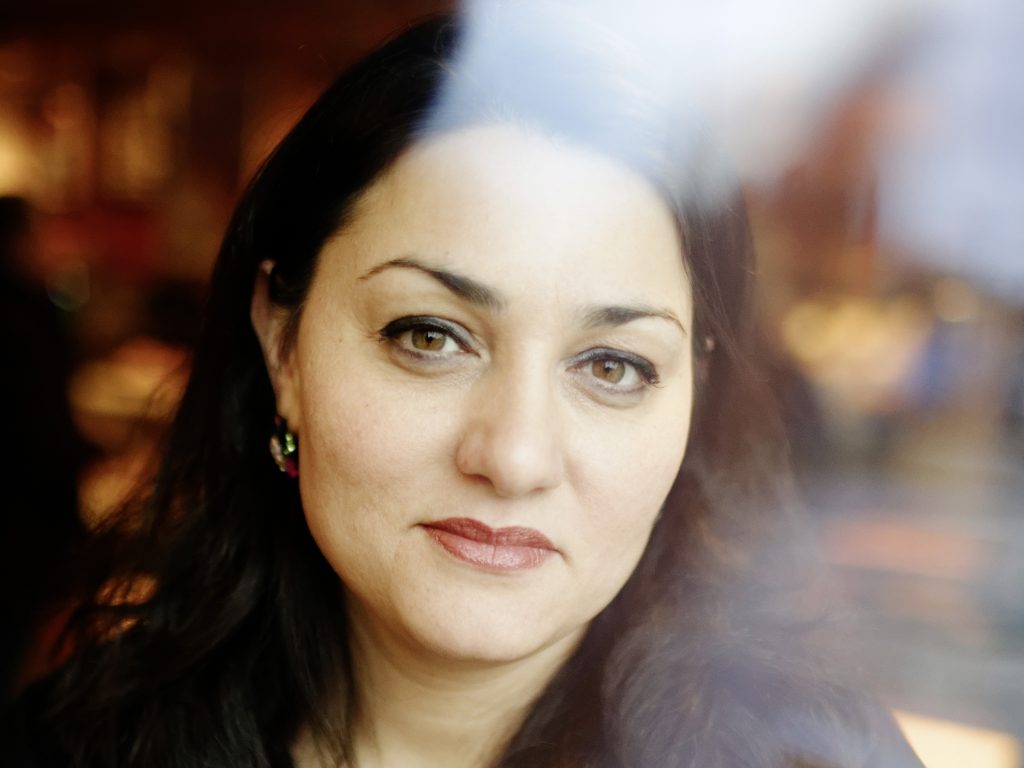 Lamya Kaddor is an Islamic religious educator, Islamic scholar and publicist and co-founder of the Liberal-Islamischer Bund e.V., founded in 2010. She trained Islamic religious education teachers at the University of Münster and held the chair for Islamic religious education there. She is the originator and co-editor of the first textbook series for Islamic religious education and initiated and conducted the first Quran translation for children. She has led several prevention programmes for young people (against Islamism, anti-Semitism and Islamophobia) and is project leader of a project on anti-Semitism in adolescence at the University of Duisburg-Essen, funded by the Federal Agency for Civic Education. Lamya Kaddor has been teaching Islamic religion since 2003 and since the school year 2020/2021 at Landfermann-Gymnasium in Duisburg. She writes widely acclaimed columns, has received several awards for her work and was named one of the ten most influential Muslim women in Europe. She is a Bundestag candidate for BÜNDNIS 90/GRÜNEN (Duisburg/Süd).

Corona, global warming, refugees, exclusion, wars. In view of these global challenges, do you still have hope for our society? What is your source of courage?

I do indeed have hope for this world! Even while we are being confronted with extremely different perceptions and perspectives which make our lives seem complicated – particularly during the Corona pandemic. Sometimes I ask myself, “What is the glue holding our society together?” From a political standpoint, our expectations shouldn’t be too high. My belief is that the only way to overcome boundaries – including mental ones – is through art and culture. That is repeatedly shown by the submissions to The Power of the Arts, and it’s something I really draw hope and courage from.

Successful integration into our society for refugees and people with an immigration background is crucial both now and in the future, to be sure. What do you think the conditions are for achieving that?

Integration works in societies that aren’t in an extreme or exceptional situation. In societies that are in search of orientation, societies where part of the population is lining up behind those who presume to deliver orientation, it becomes difficult to provide people with a stable proposition that will stand up to the test of time. One of our greatest challenges in these times of uncertainty is to find a reliable stance and offer strength and continuity.

Challenges are coming at shorter and shorter intervals: the climate crisis, euro crisis, refugee crisis, and now Corona. Despite being confronted with these global challenges, we must find a way to coexist in peace. Education, art, and culture are essential to that end, which is why supporting them is a necessity.

Islamic studies scholar and jury member Lamya Kaddor on her motives for contributing to The Power of the Arts and the need to foster the preservation of social diversity in today’s times.

What moved you to become part of the jury at The Power of the Arts?

It is my conviction that integration can also be expressed in art and culture, for it is both versatile and individual – just like art itself. That is the reason I accepted the invitation to participate in the jury.

How do you envision a society that is ready for the future?

The ideal society of the future will only be viable if it lives (out) democratic values like gender equality, freedom of expression, artistic liberty, and freedom of religion. Open and free societies will be ready for the future when they identify diversity as an important element for coexistence.

Why do we as a society need to be striving for a new “We” now, of all times?

We find ourselves in times where right-wing forces – social and political alike – are growing in strength and propagating a type of homogeneity that is neither real nor desirable.

The Power of the Arts advocates for the creation of a new “We” – how do you picture this new “We”?

We live in an open, modern society that is becoming increasingly diverse. At the same time, this society characterized by globalization and digital revolution, also has forces growing in it that oppose such development and advancement, because they feel threatened by it in the widest variety of ways. That is why diversity should represent a central component to a “new us”.

With the arts, access to inclusion and inclusion itself are not associated with any prerequisites other than an artistic interest and the will to fortify solidarity in our society through art.

Solidarity in our society is particularly close to my heart. The arts and engagement in civil society can achieve much more than politics alone.