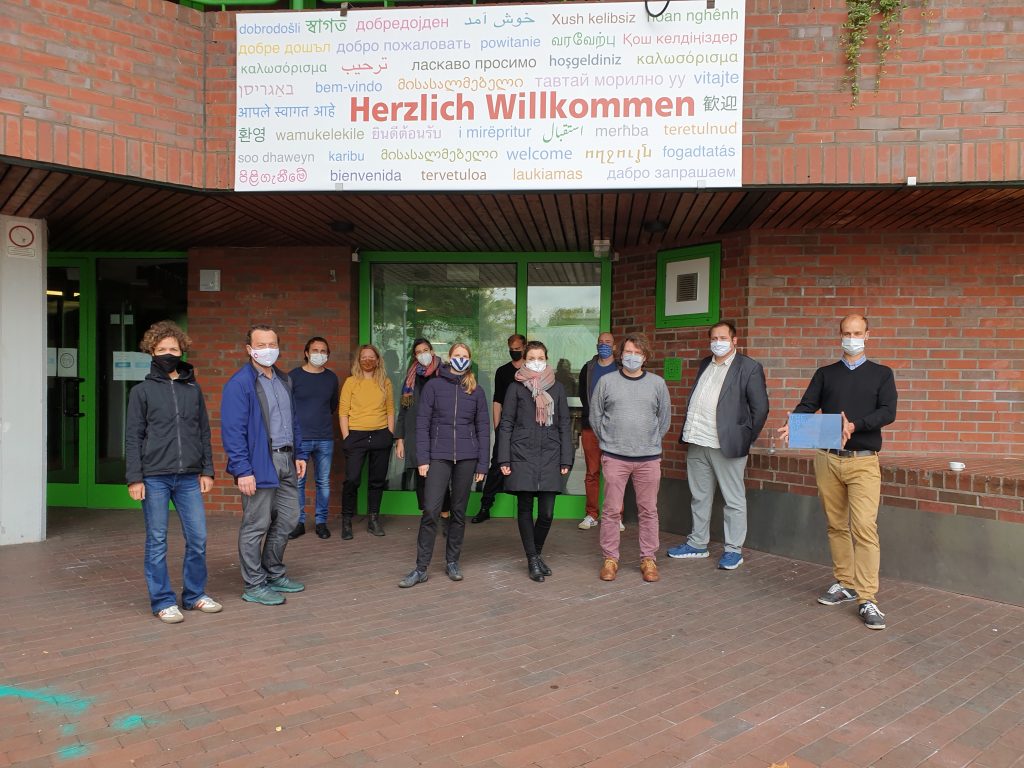 Ten years after the NSU trio became public, 15 theaters and civil society actors throughout Germany are networking under the title “Licht ins Dunkel” (Light into the Dark). With the transmedial music format “Manifesto”, its own theater premieres as well as a diverse framework, the decentralized theater project directs attention to the issue of racism, opens space for debate and sets an example against oblivion of the victims and those affected by legal terrorism and racist violence.

“Kein Schlussstrich! (No closure!) is a courageous and essential project on a current topic of recent contemporary history. The NSU terror affects us as a society. Art and culture are our only means to give pain a space and to work on the issue of racism beyond the political discussion. The fact that cultural workers are united here across urban and national borders is a particular strength of the project”, says the jury.

3 questions to… the curator team of Kein Schlussstrich! (No closure!)

Fifteen theaters and actors are networking nationwide to work against racism and against forgetting the NSU terror.

In the multifaceted framework program, artists who have already made an extraordinary impact in the context of artistic confrontation with racism and racist violence will have their say. Readings, guest performances and concerts with artists such as İdil Baydar and “Songs of Gastarbeiter” are planned. These artistic contributions will expand the aesthetic field and reach a broad spectrum of viewers. The funding amount of 20,000 euros will be used for fees for artists.

I wish for Germany...

…to become more democratic (in the sense of free, equal and solidary for all).