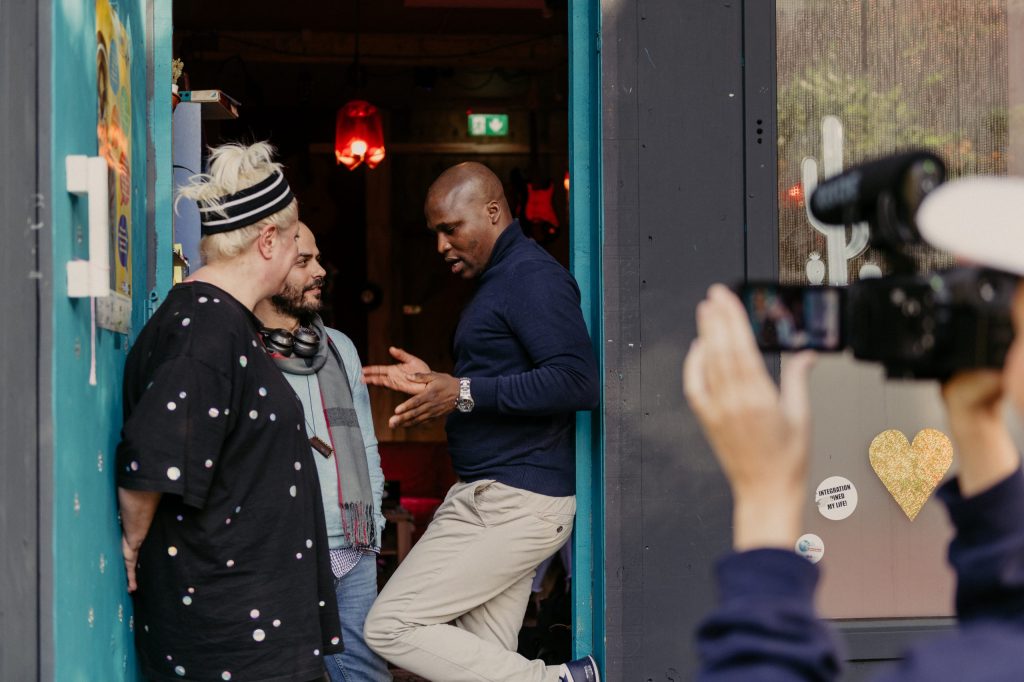 For many refugee artists, the self-managed event center Migrantpolitan represents their start in the creative field and creates real long-term professional perspectives. With the help of this award, the 12-person team will be expanded into a professional ensemble. They will be using the prize money to jointly produce the soap RAMADRAM, which is scheduled for distribution via YouTube for Ramadan 2019.

“The planned soap is an authentic reflection of Arab series culture. The underrepresented inside perspective is rendered tangible in a humorous, yet serious manner. The often artistic-biographical approach provides for a constructive perspective change. At times ironic, its realization represents an alternative cure in these tense times”, says the jury.

Report on Migrantpolitan.
A place where the social categories of “refugees” and “locals” are left behind.

On the grounds of Hamburg’s Kampnagel performing arts center, a former machine factory in the Winterhude district, there is a temporary-looking low-rise building hidden behind trees and leaves. The golden foil balloon lettering over the entrance says: MIGRANTPOLITAN. Completely covered in light wood inside, one finds a hodgepodge of used furniture. Several leather sofas and armchairs provide space for seating. The room is bathed in red light radiating from the many colorful ceiling lights. 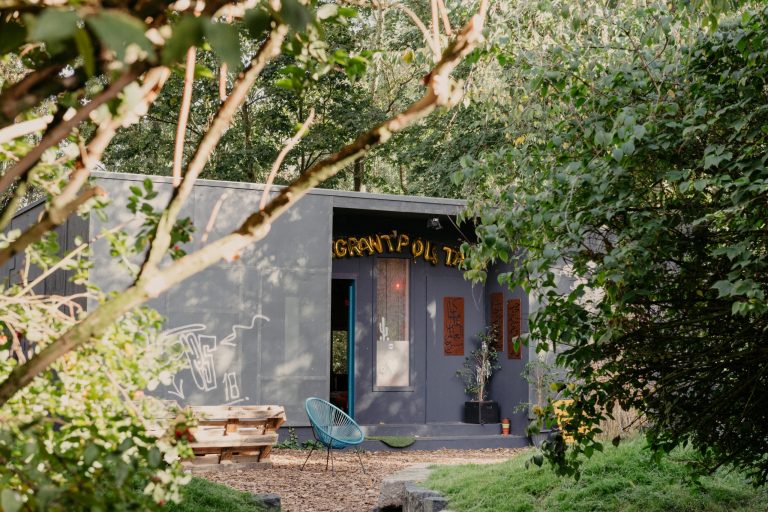 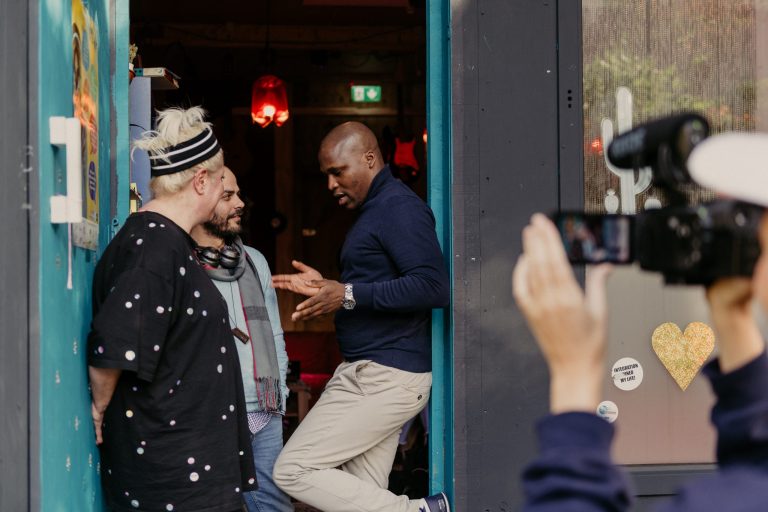 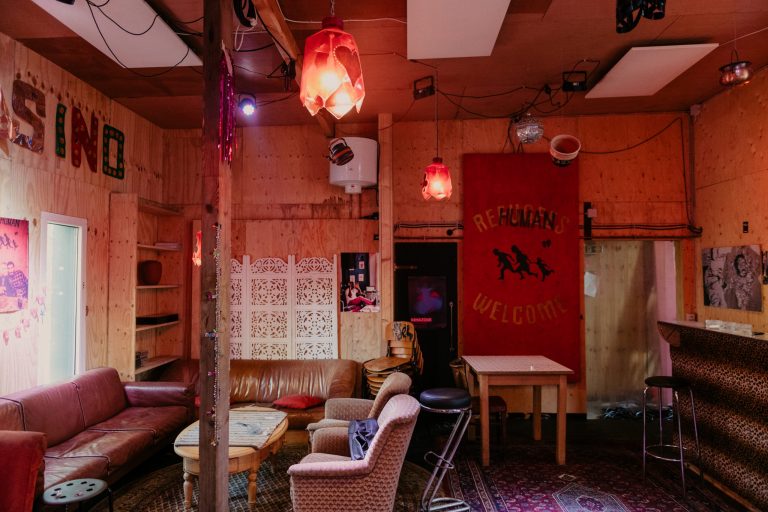 This small hidden space was originally called EcoFavela and inspired by Rote Flora, a former theater that has been squatted for several decades now. EcoFavela was initiated by the artistic group Baltic Raw and later used by members of the Lampedusa Group (refugees from various African countries) as a temporary activity space. In 2015, EcoFavela was turned into Migrantpolitan – a place for, by, and with refugees for current discussions regarding integration and emancipation. Migrantpolitan deems itself to be a laboratory where the social categories of “refugees” and “locals” are left behind and individuals convene to carry out artistic projects. At Migrantpolitan, different types of people, such as members of the Refugee Radio Network and Hamburg’s artists, dramaturgs, and activists come together to create communities through mutual activities. They organize exhibitions, discussions, concerts, performances, plays, and workshops – the vicinity to Kampnagel means that a broad and diverse audience can be reached and the actors can network with the theater’s international guest artists. For many artists with a refugee biography, this represents their start in the creative industry.

“The way refugees are presented on television has nothing to do with the reality.” 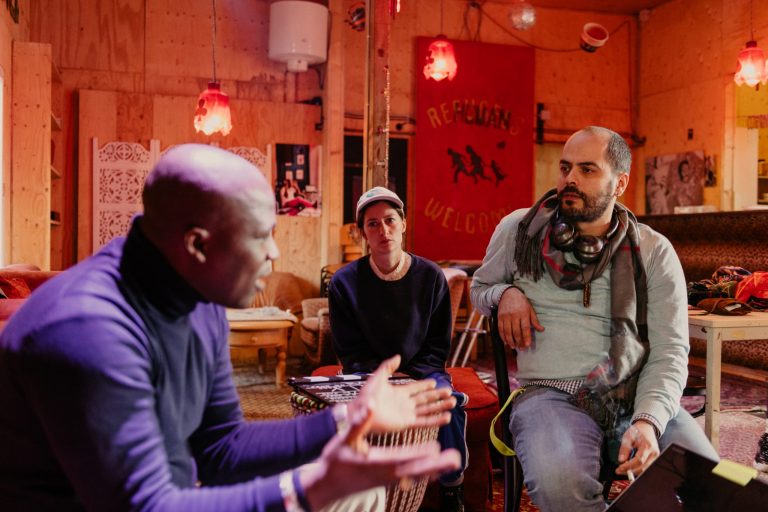 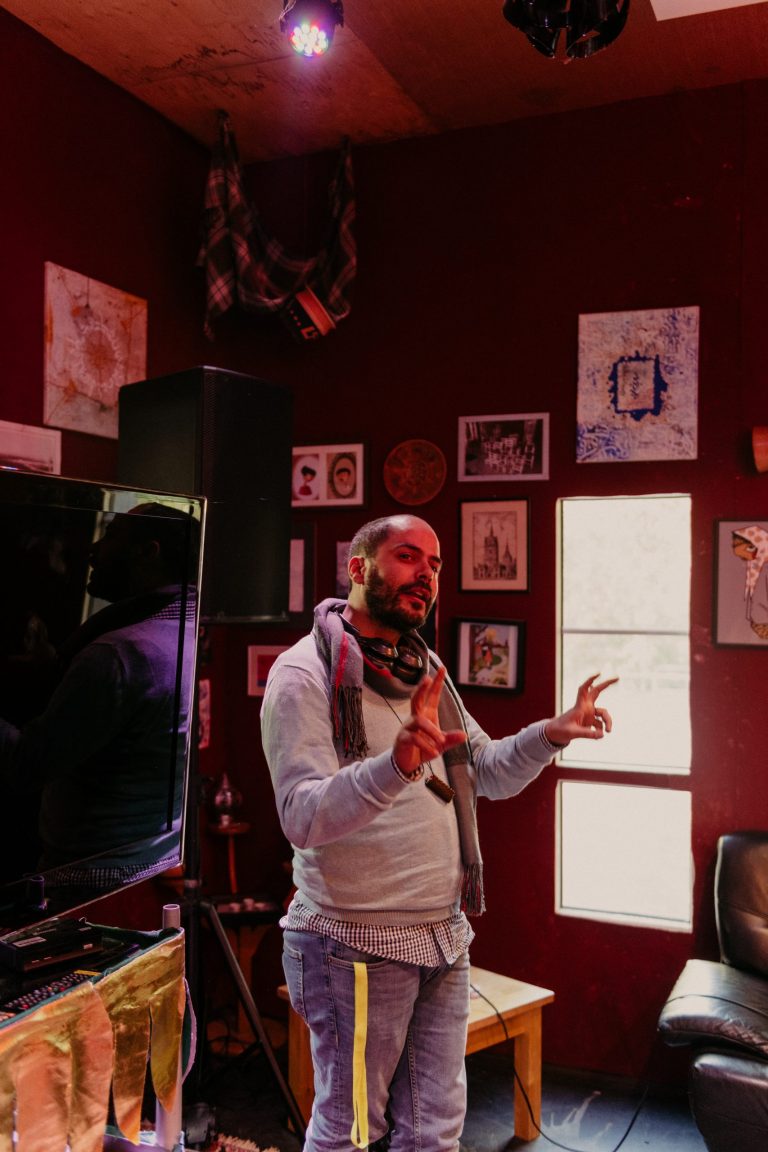 Nadine Jessen is a dramaturg at Kampnagel and one of the founders of Migrantpolitan. Together with the community, which also includes Refugee Radio Network founder Larry Moore Macaulay, curator Anas Aboura, and video artist Judith Rau, she produced the reality TV series Hello, Germany – The Immigrants. This television format accompanies various people in their attempts to find their bearings in their new home, where language problems, bureaucratic hurdles, and cultural misunderstandings shape everyday life. It is based on the docu-soap Goodbye, Germany! The Emigrants, produced by the broadcaster Vox. “The way refugees are presented on television has nothing to do with the reality. It was in light of this deficit that Hello, Germany was created,” explains Nadine Jessen. “In many countries where there is no critical newspaper reporting, those critical topics are shifted into the superficial format of a soap. Subjects like corruption can be heard in the overtones, and a real viewership has developed over time.”

“It is important to us that nobody’s life gets screened. People receive an opportunity to play a role instead of themselves.” 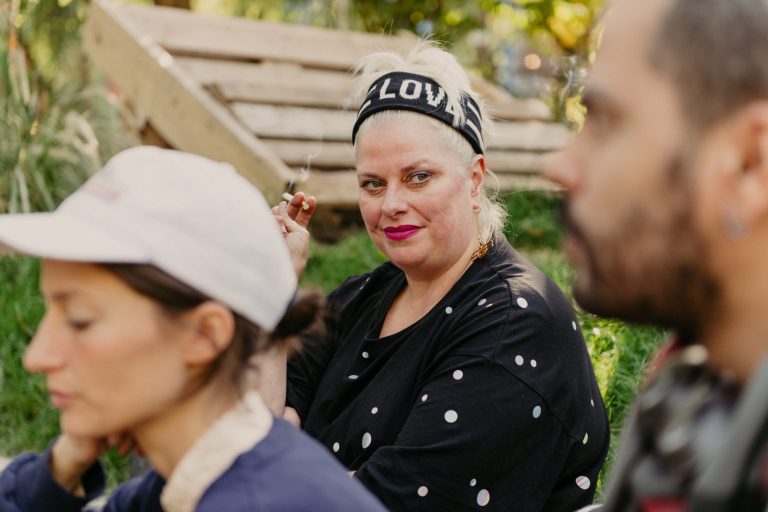 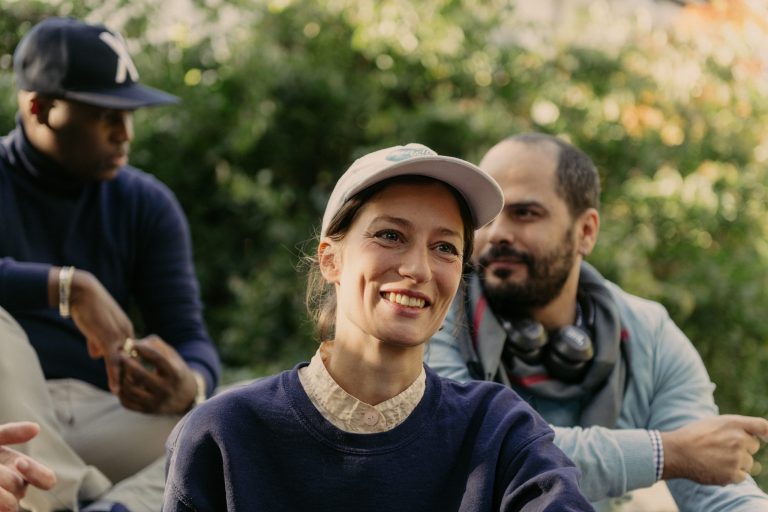 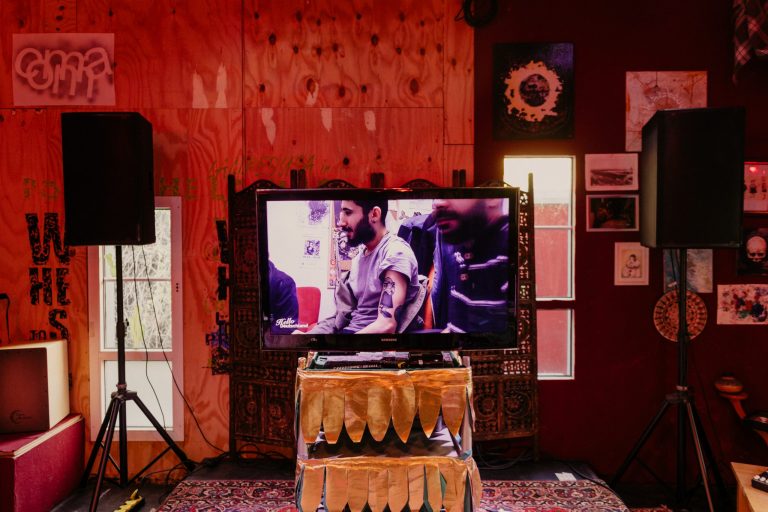 The new project Ramadram is an extension to Hello, Germany. It references the Muslim month of fasting as well as the TV dramas produced on a large scale in Syria specially for that month. Ramadram has a format seated between performance, documentary theater, and new virtual reality, and is envisioned to be avant-garde and entertaining at the same time. “The work on Hello, Germany changed our perspective a great deal. Potential and drama can be found in so many situations. We are taking a closer look at what is not being shown on television, where there is no in-depth coverage,” says camerawoman Judith Rau. Compared to Hello, Germany, where actors told their own stories, Ramadram is designed to have less of a documentary feel to it. “It is important to us that nobody’s life gets screened. People receive an opportunity to play a role instead of themselves.” Real stories, just not played by the people who are truly affected by them. Migrantpolitan will be using the support awarded by The Power of the Arts to produce Ramadram next year. 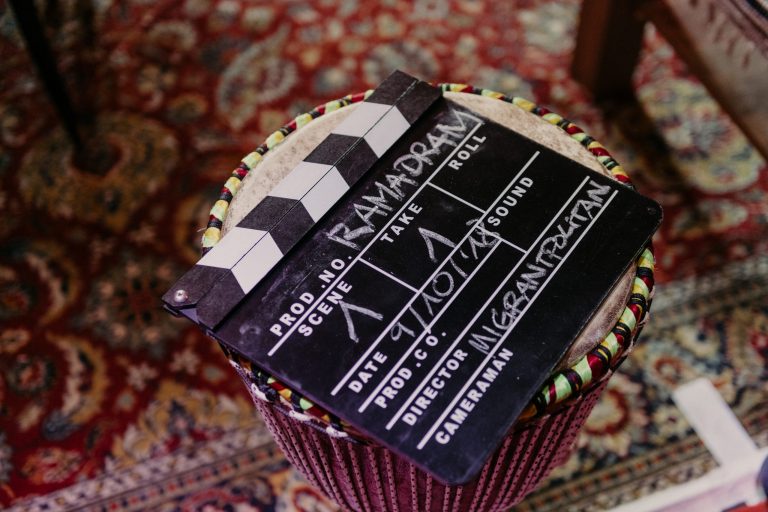 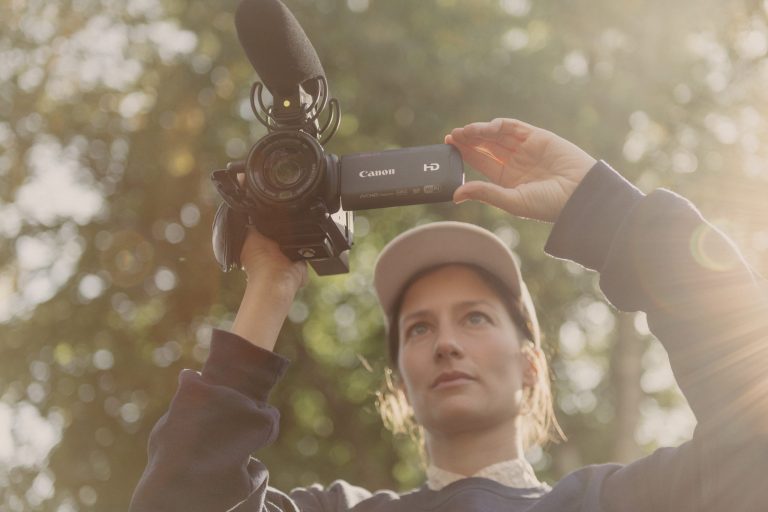 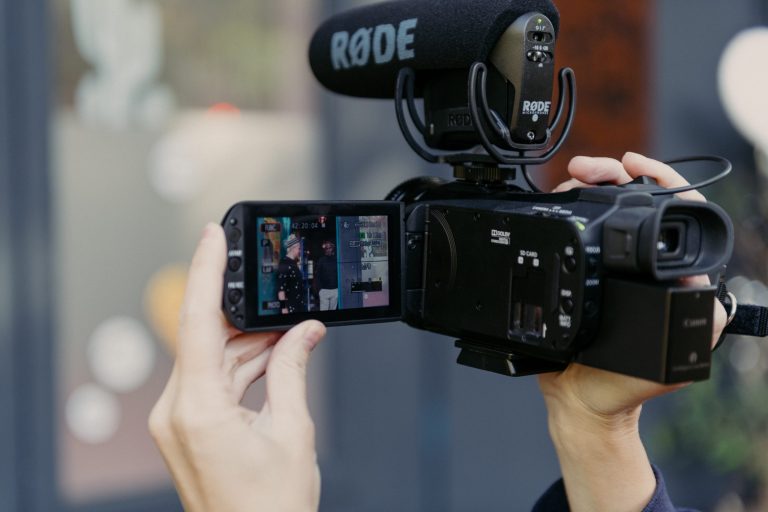 “This is a sign we are on the right path and encourages us to remain on it.”

The program at Migrantpolitan is also met with rejection. Evidence to that end can be found next to the entry door: a stencil was used to spray “go back to your land” in Arabic writing. No reason to allow one’s spirits to droop. “We do what we want, irrespective of whether others like it or not,” responds curator Anas Aboura. “Attacks of this kind motivate us to keep going. It is a sign we are on the right path and encourages us to remain on it.”