In Hamburg’s underprivileged district of Mümmelmannsberg, this interreligious community project advocates to dismantle feelings of alienation and jointly develops musical event formats with Muslim, Christian, and Jewish musicians and artists. The mutual music-making aims to provide space for expression to the many voices coming from the district’s more than one hundred cultures of origin. This prize enable the project to be reliably sustained for another year.

“This project sets an entire city district into motion. Its intergenerational, interreligious, and intercultural program provides a stage for the wide variety of identities. The initiators’ approach sends a strong signal: Making these encounters possible represents an attitude on life”, says the jury.

Report on Mümmelmannsberg Neighbourhood Cantorate.
How music is creating unity across cultures.

Germany is home to people of the widest variety of origins, cultures, and religions. Stadtteilkantorat Mümmelmannsberg, a neighborhood cantorate for promoting interreligious communication, endeavors to foster peaceful coexistence in collaboration with the interreligious music project Trimum.

Everywhere in the world, there is potential for conflict when the widest array of cultures and religions come together. Stadtteilkantorat Mümmelmannsberg is working to counteract that phenomenon. Mümmelmannsberg, endearingly called “Mümmel” by its 19,000 residents, consists of 1970s housing complexes located in Billstedt, a district in the east of Hamburg. The densely-built neighborhood has strongly-marked boundaries and is home to people from the widest variety of origins – 60% of residents have an immigration background. Other parts of Hamburg view Mümmelmannsberg as being a neighborhood of social depreviation. That is precisely what makes “Mümmel” the right venue for an ambitious project: Developing a new, mutual culture through music. 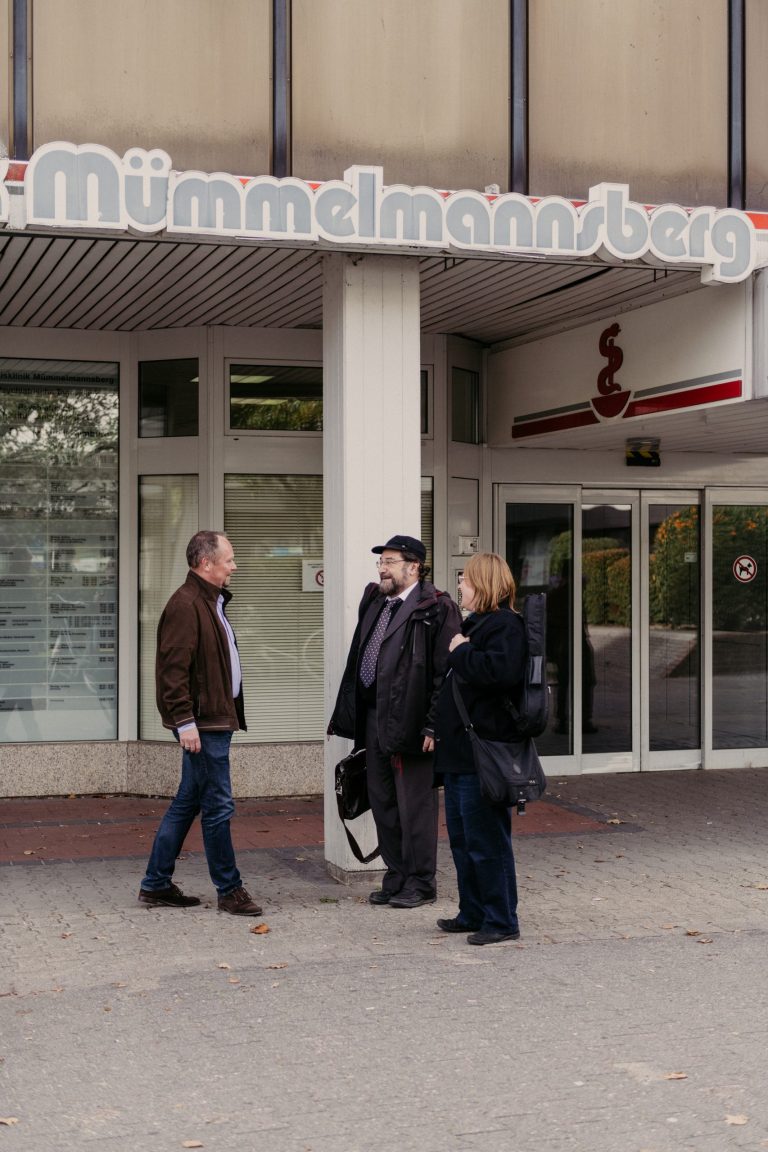 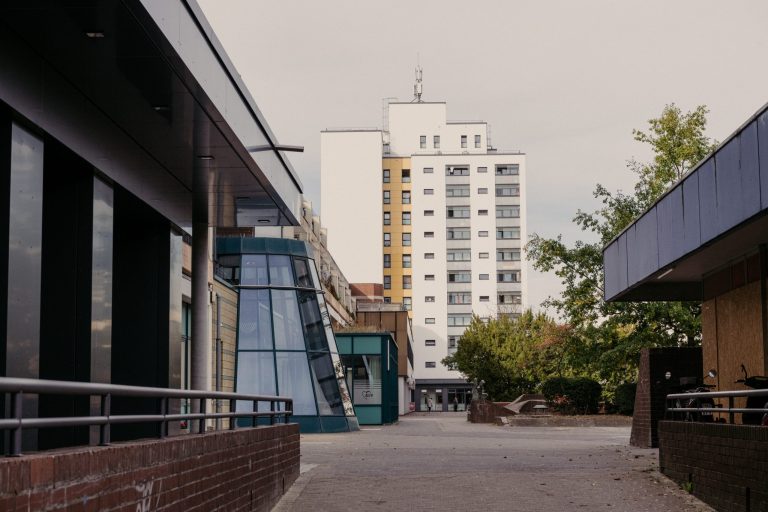 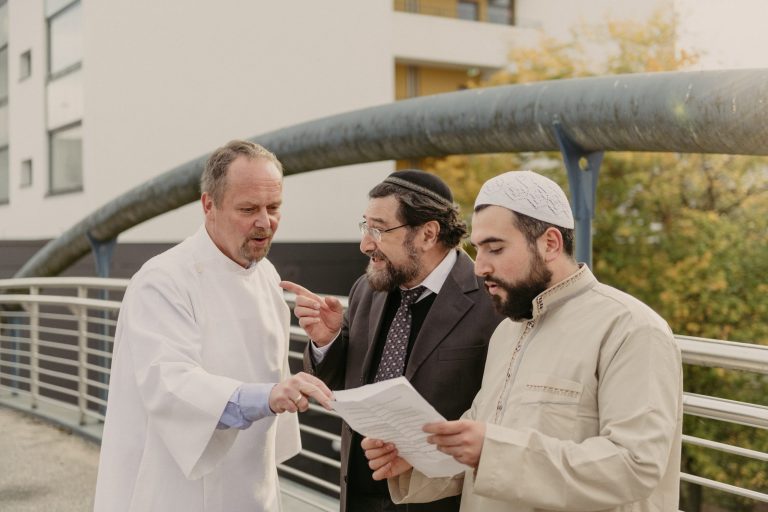 “This is a neighborhood that is poor and relatively left behind from a social perspective, yet it simultaneously has a great deal of potential.”

Pastors Christiane Beetz and Stephan Thieme chair the association Stadtteilkantorat [neighborhood cantorate], are supported from Rabbi Dr. Moshe Navon as the contact from the Liberal Jewish Congregation. At the Church Congress in Stuttgart, they met with the association Trimum – Music for Jews, Christians, and Muslims. The latter was founded in 2012 by Bernhard Koenig to bring together Jewish, Christian, and Muslim musicians as well as theologists, academics, and composers in order to develop mutual concepts and event formats for the peaceful and constructive coexistence of religions. Stadtteilkantorat has brought to Hamburg a theory that Trimum has been developing for several years now. “This is a neighborhood that is poor and relatively left behind from a social perspective, yet it simultaneously has a great deal of potential. We can test and further develop Trimum’s approaches here for everyday practicality,” says Thieme. The two associations are collaborating closely to promote tolerant co-existence through the making of music. Every month, the residents of Mümmelmannsberg are invited to open singing in a kind of interreligious choir where people from all religions sing with one another and share sacred music. This provides fertile ground for new ideas and friendships. 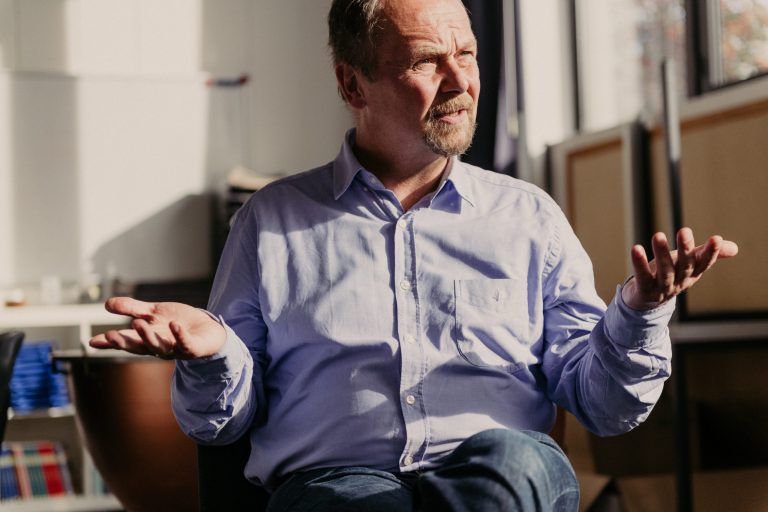 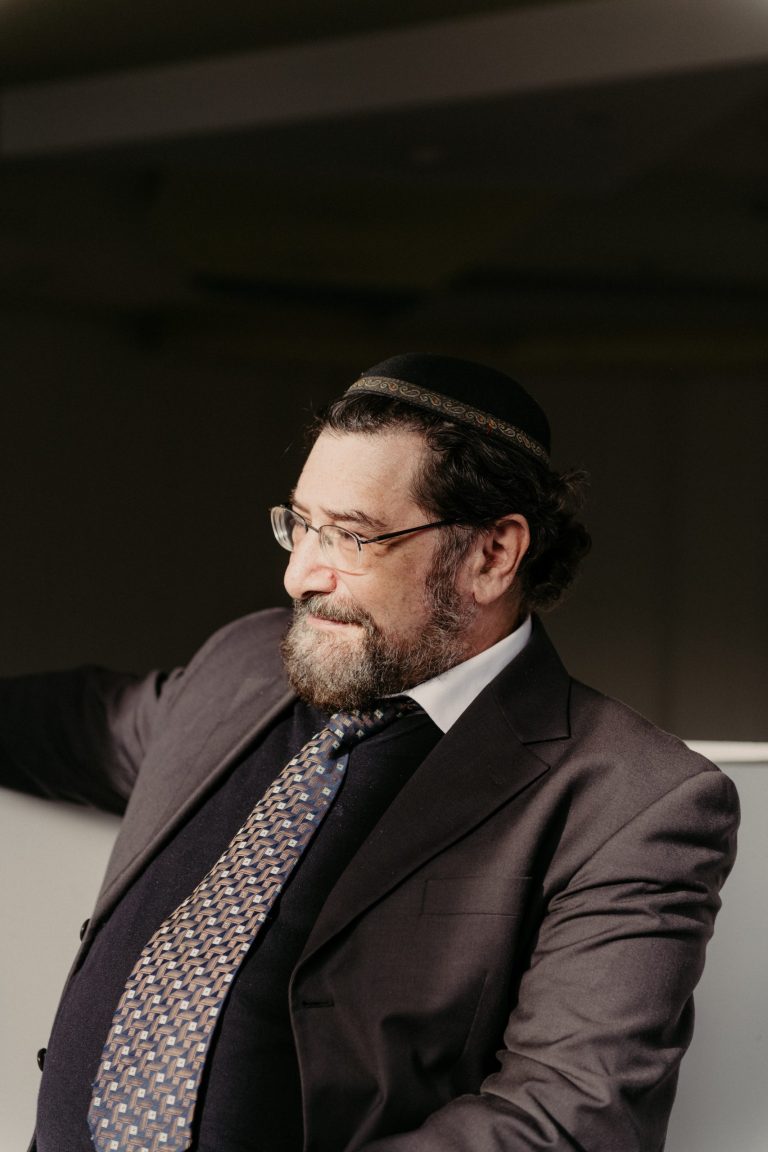 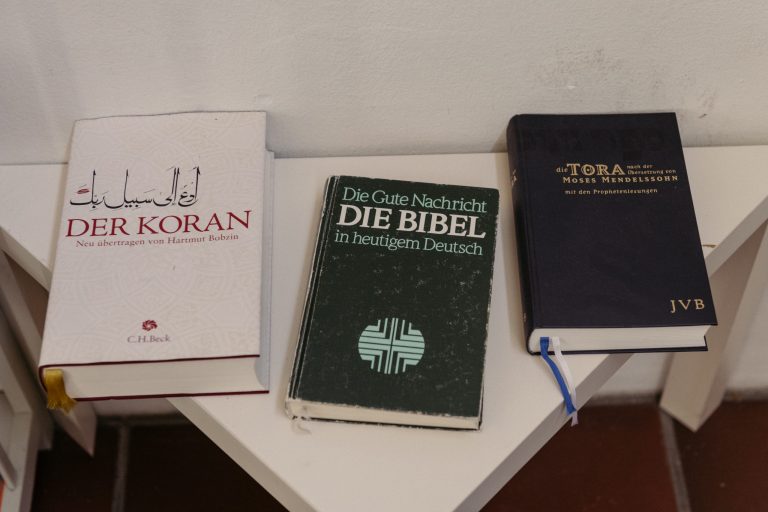 The Stadtteilkantorat receives support from local congregations, schools, and social institutions. Culture, religion, and generations are united here. Participants consist of representatives from local Protestant, Catholic, Syrian-Aramaic Churches, Muslim associations, and Islamic collectives, yet also other neighborhood residents who are active socially, politically, or culturally. “After all, the whole world lives here,” says Beetz. Stadtteilkantorat is an institution in Mümmelmannsberg – which also becomes evident when walking through the neighborhood with Beetz, Thieme, and Navon.

“This space extends an invitation to open yourself up.”

The goal is to promote conversation about religion in the neighborhood. Instead of private settings, encounters can now take place at the Protestant Congregation Center. The building is a Lutheran Church, but doesn’t show the typical features of a church and has a sober, functional feel to it. “This space extends an invitation to open yourself up,” underscores Beetz. Everything from religious service at the beginning of school and benefit concerts to interreligious worship and monthly open singing. “This association defines no limits. We are happy to see anyone who comes from somewhere else. We even have an avowed atheist in the association,” says Beetz. At Stadtteilkantorat, it can indeed occur that an Imam is standing at the altar, with a crucifix in the background, reciting a Sura from the Qur’an. Or, it can occur that Rabbi Navon is celebrating the 200-year anniversary of Liberal Judaism on Whit Monday, because there is no Synagogue yet. “You have to picture it,” Thieme says with enthusiasm, “on Whit Monday people from Iran, from the Jewish Congregation, Christians and atheists dancing and just grooving together.” 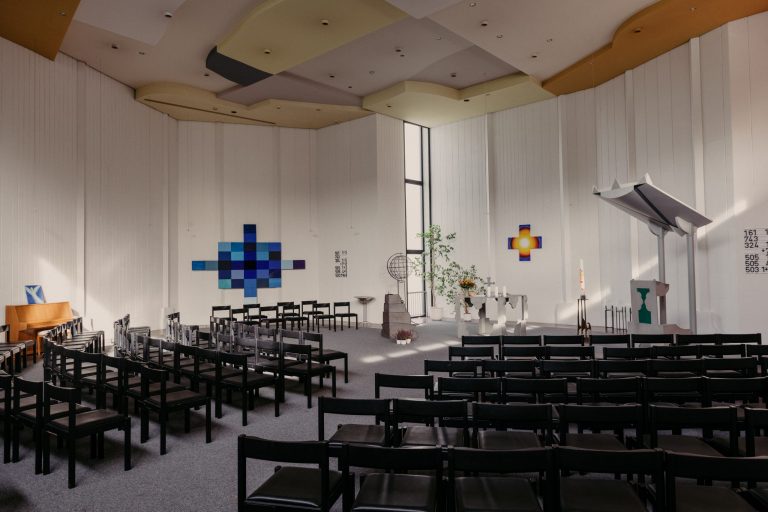 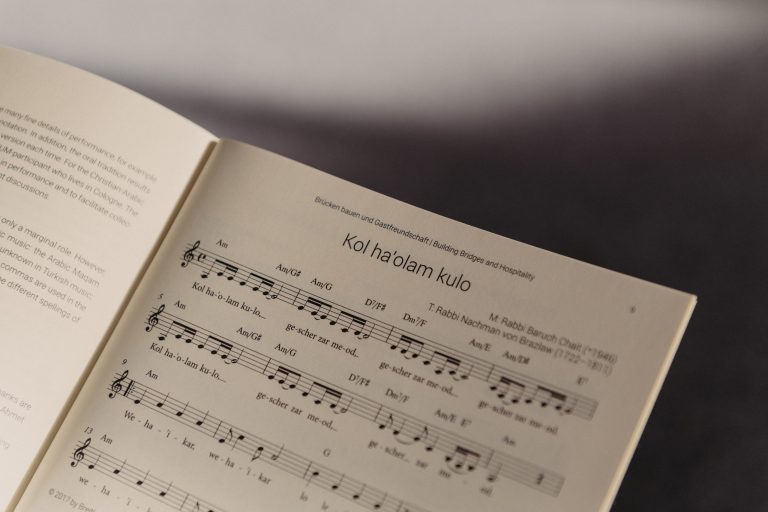 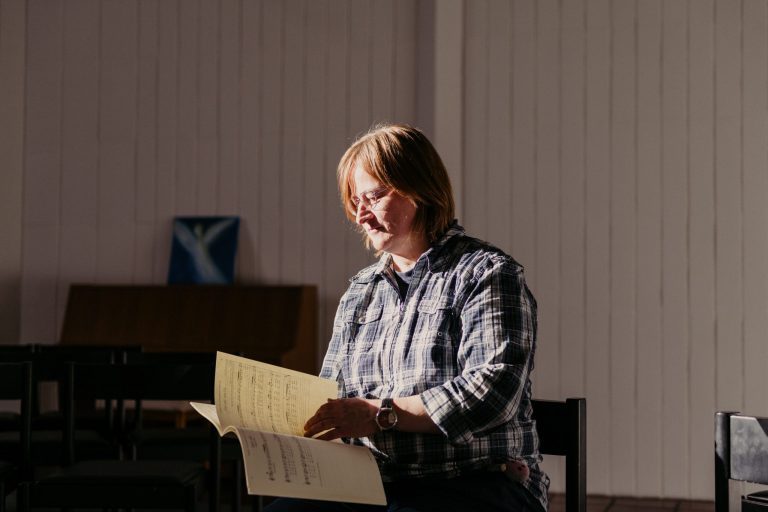 “This is about enduring diversity, shining a positive light on otherness and being open toward it.”

One central long-term project of Trimum is the restructuring of songs for use in interreligious daily life. In preschools, schools, and retirement homes, at religious celebrations or when working with refugees. What properties does a song need to have in order to work for different religions? “The trick is not to attempt to contort all songs so they are equally singable for all religions,” explains Beetz. “This is about enduring diversity, shining a positive light on otherness and being open toward it.” Sometimes new songs are composed, and sometimes existing melodies are given new lyrics so they can be sung in trialogue. Does conflict arise? “We do not judge the theology of the Christians, and vice versa. We respect our boundaries,” Navon responds with certainty. 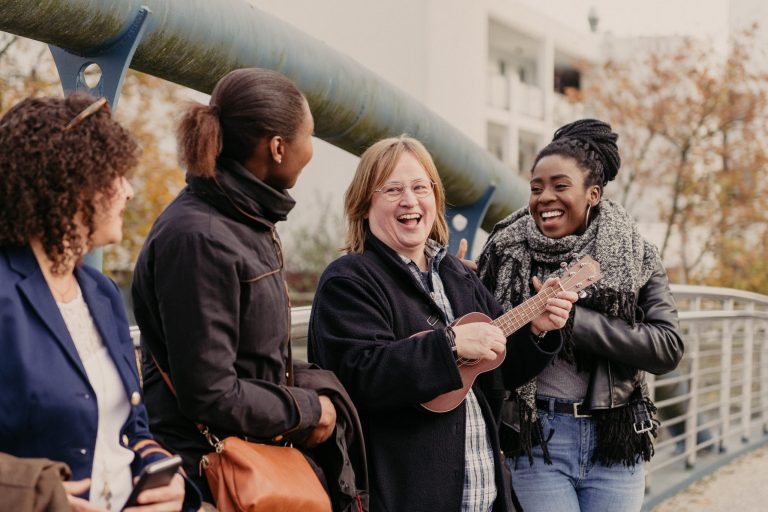 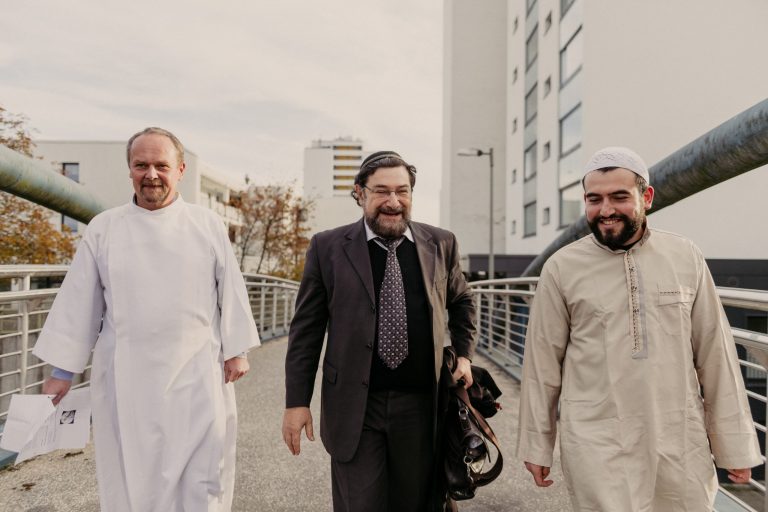 “When we are openly singing and present our roots to one another, it does something to us.”

“When we are openly singing and present our roots to one another, it does something to us,” Beetz outlines in elucidation of their work. He says music is particularly suited to making connections and establishing foundation for bringing people together. The concept is future-oriented – “due to globalization, you have to examine other cultures and religions. The more present globalization is, the more necessary it becomes to address it. People kept their eyes closed for far too long.” The award from The Power of the Arts will be used to work on the project’s sustainability. The plan is for the project to be continued and become an inspiration for others to implement similar projects. Thieme firmly believes it can work – even in other places. “We want to provide other people with the tools to set up neighborhood cantorates in their region, too.”