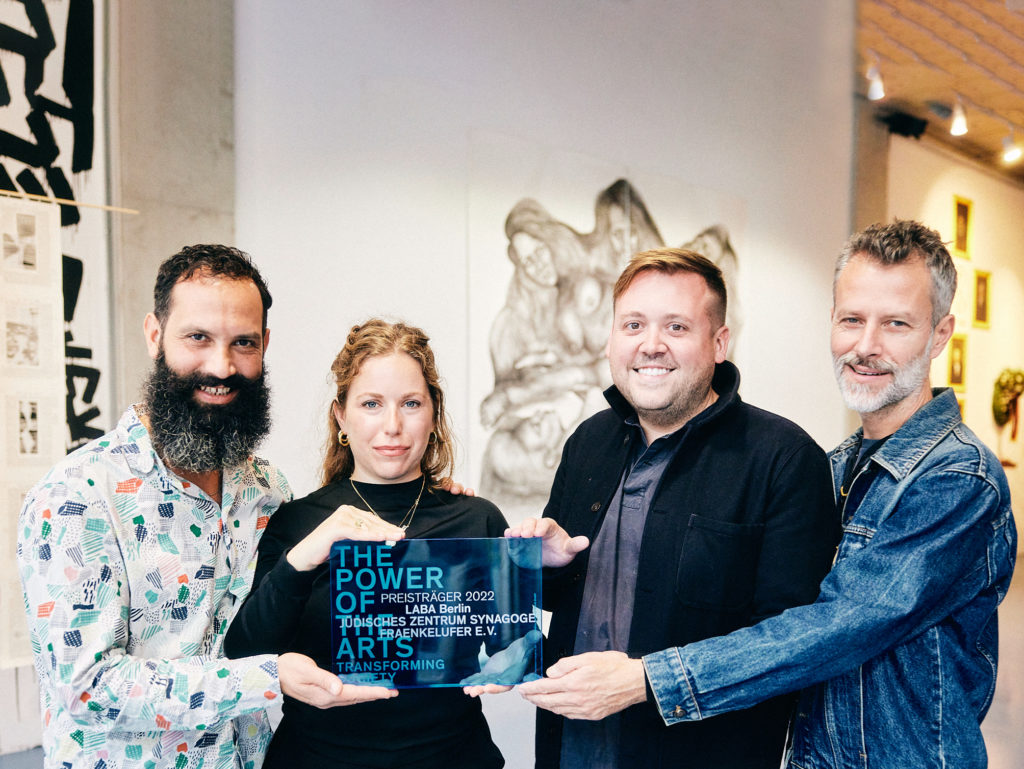 The winners of The Power of the Arts 2022 have been announced! The jury has once again selected four outstanding projects that all contribute to an open society with their artistic ideas.

For the sixth time in a row, the arts and culture promotion prize The Power of the Arts is awarded to projects that use their artistic commitment to promote an open society. From over 100 submissions, the jury selected four award-winning projects, each of which makes diverse perspectives visible in its own way and thus reduces the distance between different realities of life.

“The arts open up spheres of activity – beyond language and discourse – and develop integrative and culturally unifying powers in them. As a company, we are convinced that this is precisely how they can contribute to social cohesion,” says Claudia Oeking, Managing Director and Director External Affairs of Philip Morris GmbH. “The award-winning projects of The Power of the Arts 2022 give a voice to those who are often overlooked and overheard, and at the same time invite them to empathise with other realities of life. This is the basis for mutual respect and appreciation, which are necessary for the equal and democratic shaping of a diverse society.”

The award winners at a glance: 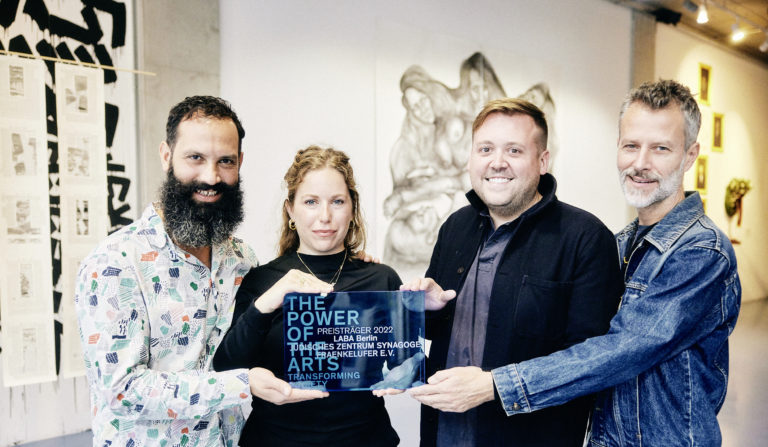 LABA Berlin brings together eight cultural practitioners from different disciplines to discuss classical and modern Jewish writings and to work out a socially relevant leitmotif. In this way, the literary tradition of Judaism becomes the starting point for artistic-creative discussions in the here and now. The presentation of the results in Berlin galleries and venues makes the diversity of contemporary Jewish art and culture visible in public space and enables an approach to the world of thoughts and feelings of Jews living in Berlin. 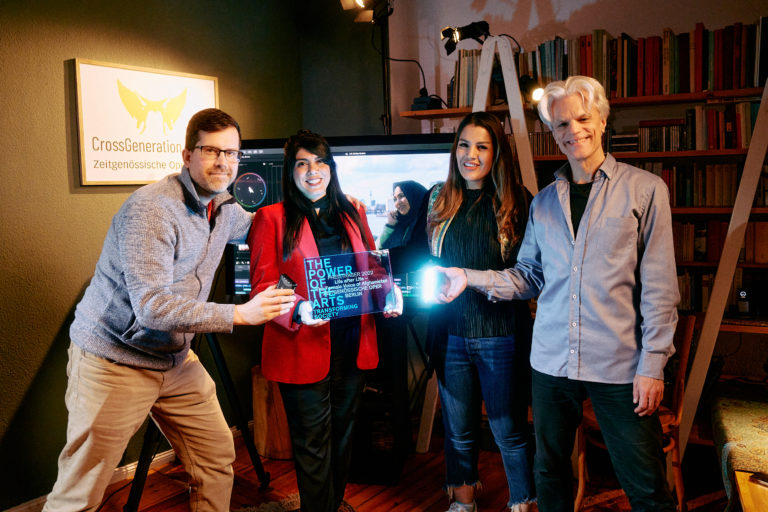 Life after Life is the sequel to the impressive online film festival The Female Voice of Afghanistan. In 2021, a film team accompanied nine Afghan female singers. In very personal video portraits, they make their music and voices heard and talk about their lives and everyday life in Kabul. Only a short time later, the Taliban seized power and the protagonists had to leave the country, sometimes under dramatic circumstances. This is where the new project of the Zeitgenössische Oper Berlin picks up: It provides space for the different stories of flight and new beginnings of those who have arrived here and looks for ways to build a stabilised network between the musicians who have fled and the artists already living here. 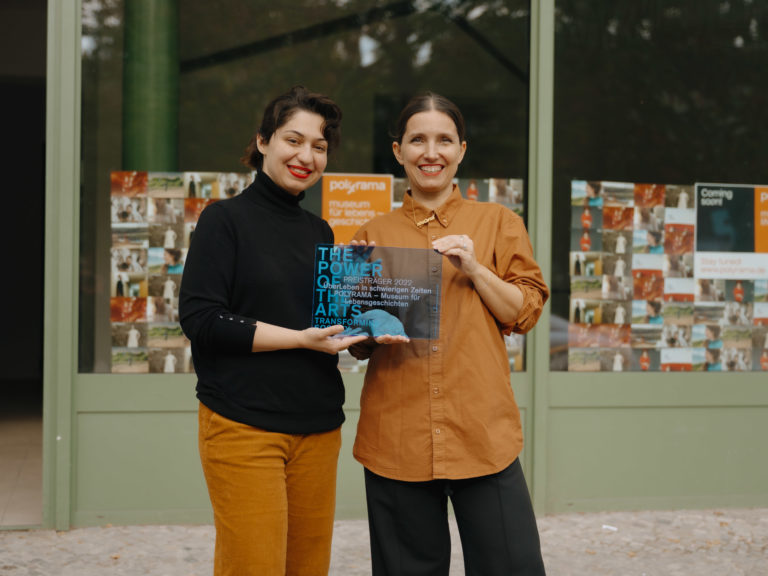 POLYRAMA – Museum für Lebensgeschichten (Museum for Life Stories) collects life experiences of Berliners from different backgrounds on central life themes. With the idea of shaping cultural heritage in multiple voices, it brings marginalised perspectives into focus. As an “oral history museum”, POLYRAMA establishes a growing audio archive of contemporary narratives and experiments with museum forms of presentation and representation. In this way, life experiences of the present become accessible as knowledge and are stored for the future. 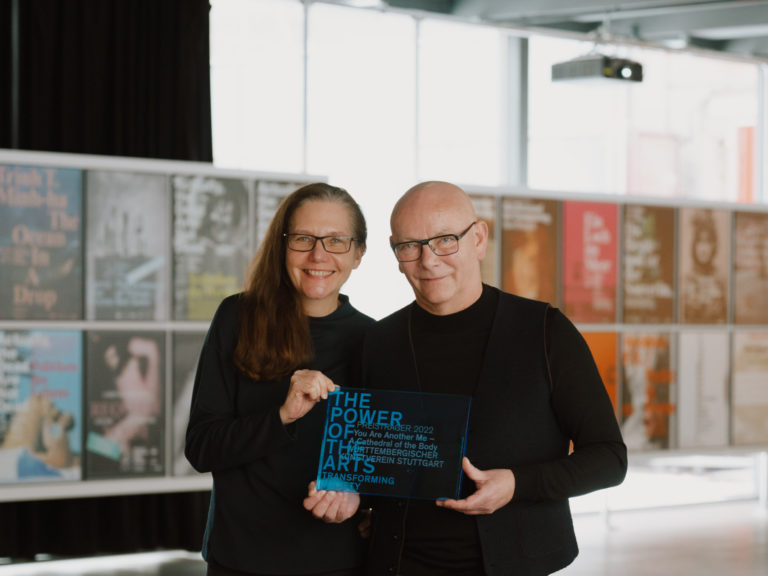 Adina Pintilie: You Are Another Me – A Cathedral of the Body | Württembergischer Kunstverein Stuttgart

You Are Another Me – A Cathedral of the Body is the latest part of a collective and participatory project by artist and filmmaker Adina Pintilie. Her longstanding artistic research explores the politics and poetics of the body and intimacy, initiated with her feature film Touch Me Not (winner of the Golden Bear at the Berlinale 2018). The multimedia installation planned for Stuttgart continues the artist’s recent series of works. It creates a space of togetherness expanded into the virtual, which transcends borders, norms and binary thought patterns.